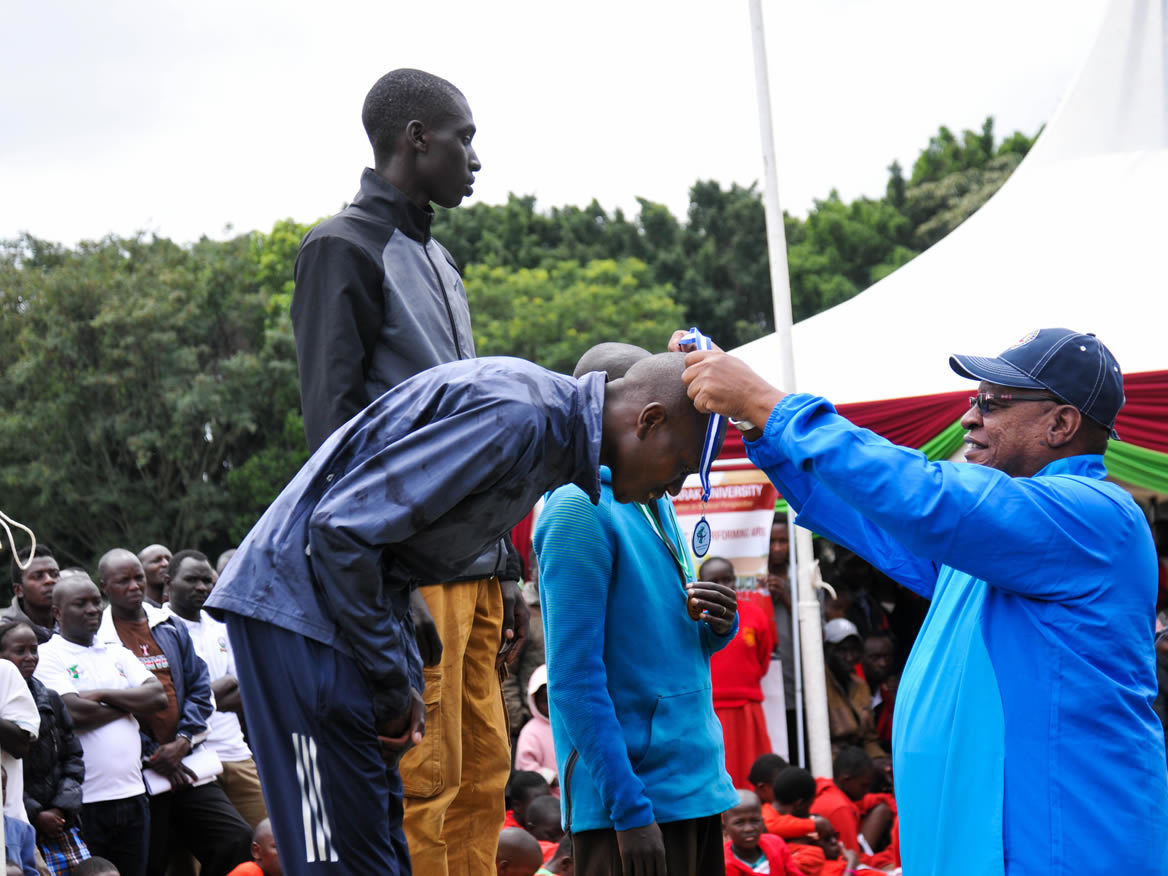 Abraham Kiptum survived a near-fatal accident to win the second edition of the 2018 men’s Kabarak University Half Marathon on Saturday in Nakuru County. The 27-year-old Kiptum, who won the San Diego Marathon in California last month, put his best foot forward and led the pack of 69 athletes from the start to the finish.

However, as he was negotiating his second last home stretch bend near Kabarak University gate, he was hit by a motorist who was ferrying a cameraman filming the race.

As the motorist was preparing to get up from the scene, three more motorists ferrying photo journalists crashed on the first motorbike that was still lying on the tarmac. However, all the victims escaped with minor injuries and continued filming the race to the finishing point.

Kiptum, who was visibly in great pain, courageously picked up himself and run the last 800m without his shoes crossing the finishing line in one hour, two minutes and 12 seconds.

“It was do-or-die. I was in great pain but I’m happy I have managed not only to finish the race but also to emerge the winner in my first attempt although I’m still in pain,” said Kiptum, who won the Lagos City Marathon last year.

The race, dubbed the Equator race as the competitors were running from the Northern hemisphere to Southern hemisphere across the equator line, saw Stephen Kiprop finish second in 1:03.38 ahead of Gedion Kipketer who clocked 1:03.51.

Kabarak University Vice Chancellor Prof Henry Kiplagat said the proceeds from the race would be used to help needy students.