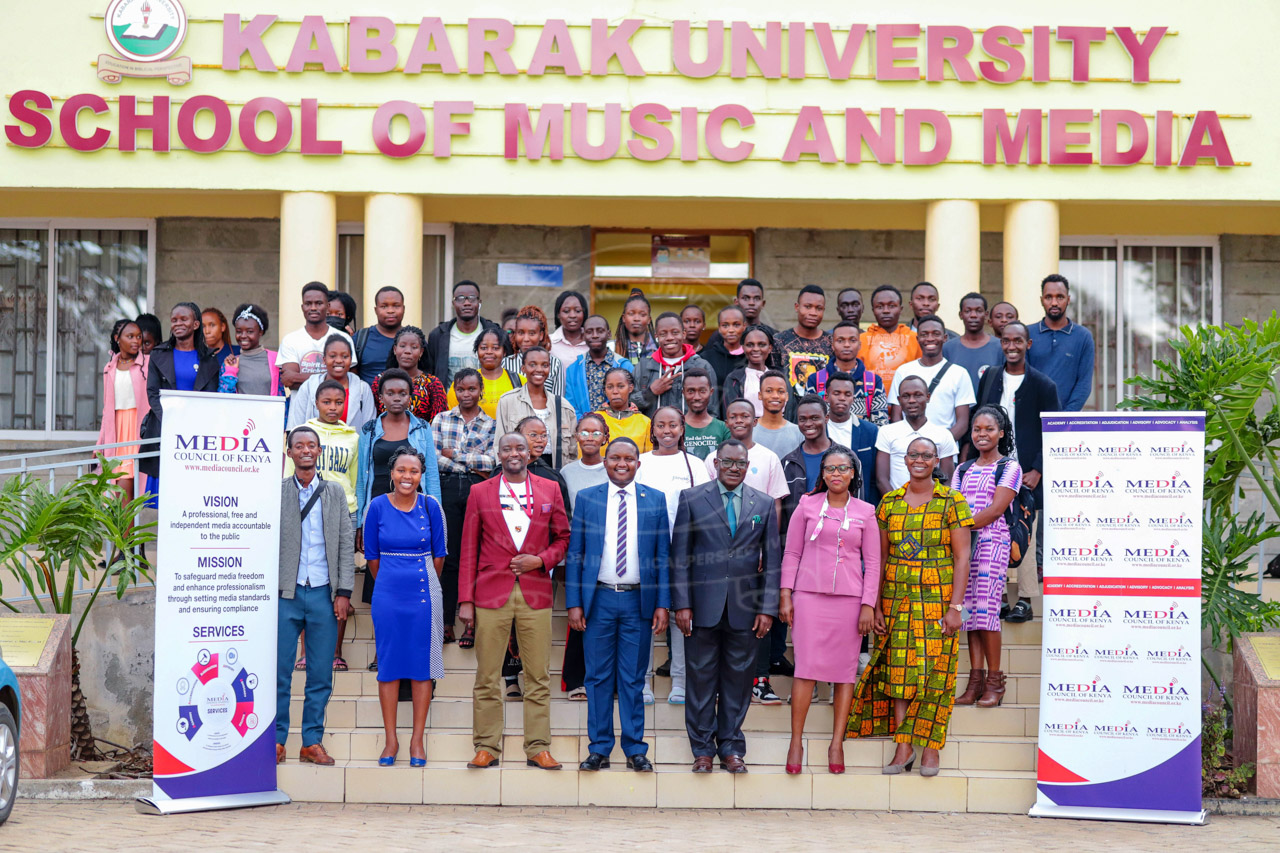 Kabarak University school of music and media this afternoon had a mentorship session for the students in the department of media. The Media Council of Kenya (MCK) led by the Regional Coordinator Nakuru Mr. Jackson Karanja and head of radio and presenter at MBCI TV Madam Catherine Kulo.

Last year the Media Council of Kenya and Kabarak university signed a memorandum of understanding and the relationship has since grown stronger and the students have been the biggest beneficiary. The mentorship was just but one of the many activities that the two institutions have engaged in since then.

Mr. Jackson Karanja identified the functions of the MCK and gave the media students of Kabarak University a guarantee of support from the Media Council of Kenya in their line of work.

In her remarks, Madam Catherine kulo spoke mainly about challenges in the media industry and how students should cope. She urged the students to start their own entrepreneurship which she termed "mediapreneurship" in the media course.

Professor Mellitus Wanyama, the dean School of Music and media commended the good work the department of media is doing to mentor and create exposure for the students in the media industry. He also encouraged the students to get acquainted with the happenings outside relating to television and radio broadcasts.

It was more of an open forum for both staff and students who engaged with the speakers by asking questions and giving ideas. The students were grateful to Kabarak University Administration for always putting them in their thoughts so as to organize such an important mentorship experience.